Businesses Turn To Colouring Books For Employees: Are They The Key To a Stress-free Workplace?

It’s something we all did as children, research has now discovered the simple act of colouring in may be the key to reducing stress in the workplace and unlocking creative thinking in your employee’s / business.

As colouring books for adults fly up bestseller lists, Melbourne neuropsychologist Dr Stan Rodski has created a colouring-in book specifically for workers to de-stress at work.

Colourtation is based on Dr Rodski’s research that found when persons focus on colouring-in an image they are able to focus and change/alter the behaviour of their brains. 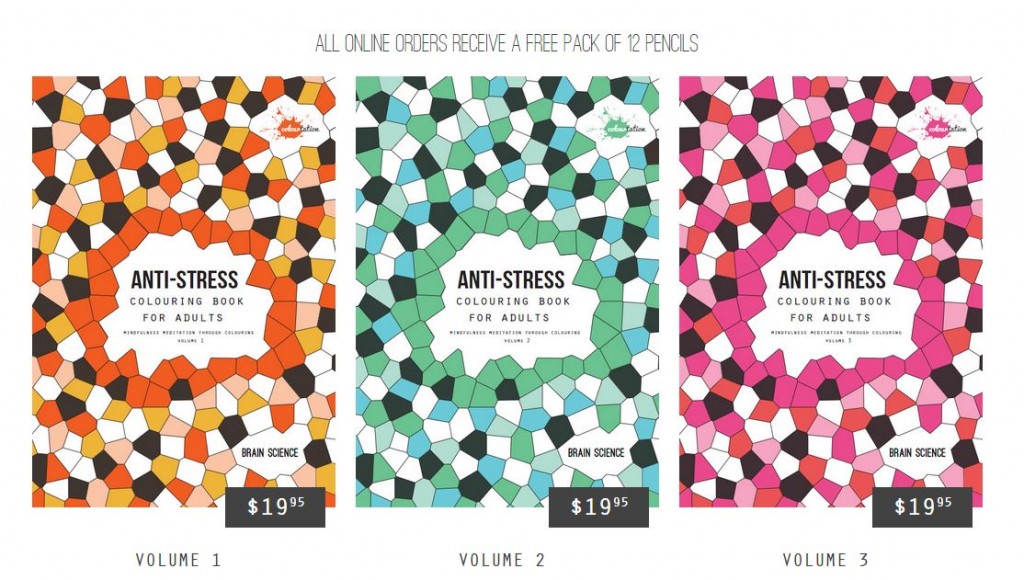 Fairfax reports employees at ANZ Bank, Bupa andWesfarmers and have only recently begun using Colouration, but Dr Rodski told SmartCompany the possible benefits for small business owners and entrepreneurs from using the book are “huge”.

“Three or four times a day, or for half an hour once a day, you can lose yourself in a creative activity, you become focused and if you focus on one thing, you can become happier and change the structure of your brain too,” Dr Rodski says.

As chief executive of MIND Peak Performance, Dr Rodski has taught anti-stress techniques in companies such as iSelect and ANZ. He has also used his time and research working with sporting clubs and athletes to help them achieve optimal performance.

“What I found continually over the years is as much as we are told to go meditate and relax, 9 in 10 people simply can’t do it or they try and then wonder if it works,” Dr Rodski says.

“In my practice as well I have taught people how to relax, including in clinical situations … So I applied some of that neuroscience technology to how the brain responds while colouring.”

Dr Rodski says when someone is focused on colouring, their brain will produce alpha relax waves, instead of beta active waves. The level of adrenaline in the brain is reduced and the level of dopamine rises, in the same way someone relaxes while listening to music or watching a movie.

“It’s a simple idea but there is so much science behind it.”

Dr Rodski worked closely with a graphic designer to create Colourtation, which for $20 contains 26 patterns and comes with 12 colouring pencils, Vol1, Vol2 and Vol3 available at http://www.colourtation.com/index.html#buy.

Individuals do not have to be artists or creatively inclined to benefit from the book either. The idea is an employee can take out the book to spend some time colouring in between other work activities.

“You can create your own patterns but you don’t have to be pushed creatively,” he says.

Dr Rodski says research out of Harvard University also shows an individual’s stress level is not necessarily about what is going on in their personal lives, but how much they have going on at once, whether good or bad.

“If you have a million things going on, it can be hard to turn off for five minutes,” he says.

Dr Rodski says for small business owners and entrepreneurs that get “caught up in the day to day of everything, it can be very hard to see the big picture”.

That’s why it’s important to spend some time to “turn off and get the adrenaline out of your brain”.

While Dr Rodski says adrenalin does have its place, reflecting entrepreneurs are naturally highly-driven people, he says his work with high-performing athletes taught him the best performance comes from those who are in a relaxed state.

“It adds creative thinking too,” he says.

“And health is the issue here.”